This is the guide to the Library's Map Collection, and information regarding Geospatial Information. 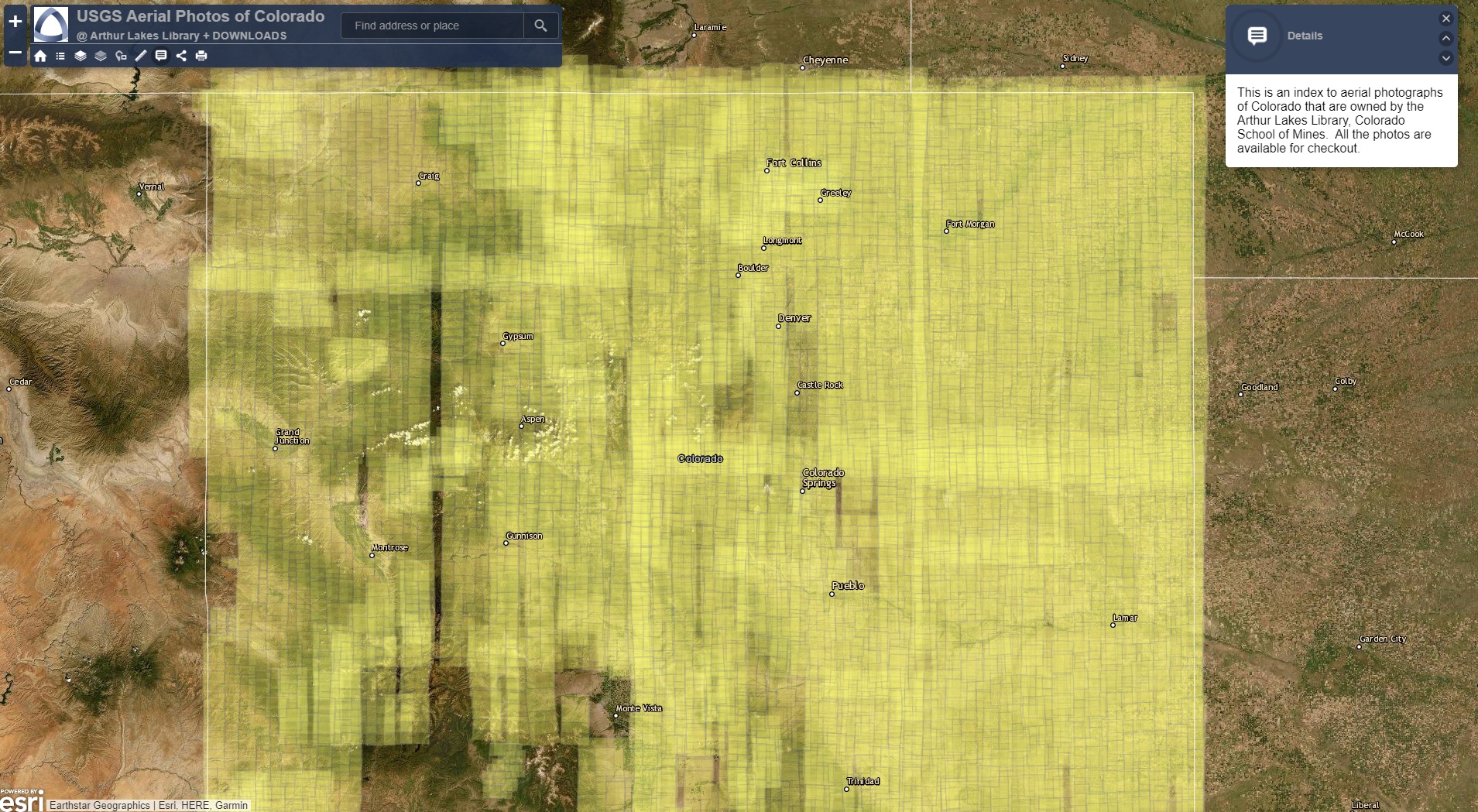 The Library has a large collection (164,000+) of aerial photographs of Colorado (no other states are collected).  Most were shot from the mid-1930s through the early 2000s for the U.S. Forest Service, U.S. Geological Survey, U.S. Soil Conservation Service, and Bureau of Land Management (BLM).  Mines does have some unique photos, most noteworthy from the early 1930s of the Front Range area take by the Lowry Field Photographers School.  Other than the Denver area and the National Forests of Colorado, the Library has very few recent aerial photos.

The Library has created 3 discovery interfaces for its air photo collection.  Each interface covers different photos in the collection.

Additional, paper indexes to the air photo sets are located in the green map cases in the Map Room. Some of the photographs have no indexes and some of the indexes have no photographs.

While these sites are mostly known for their road map features, each also has current satellite images or aerial photographs:

Some aerial photographs and satellite images are available on the web:

Discover how to use air photos to find clues from the past to understand the present.

This FREE 30-minute tutorial will change the way you look at the world.

Love puzzles & want a challenge? — Take some of our 43 quizzes!

Already know a lot about aerial photographs?  PROVE IT by taking the quizzes. 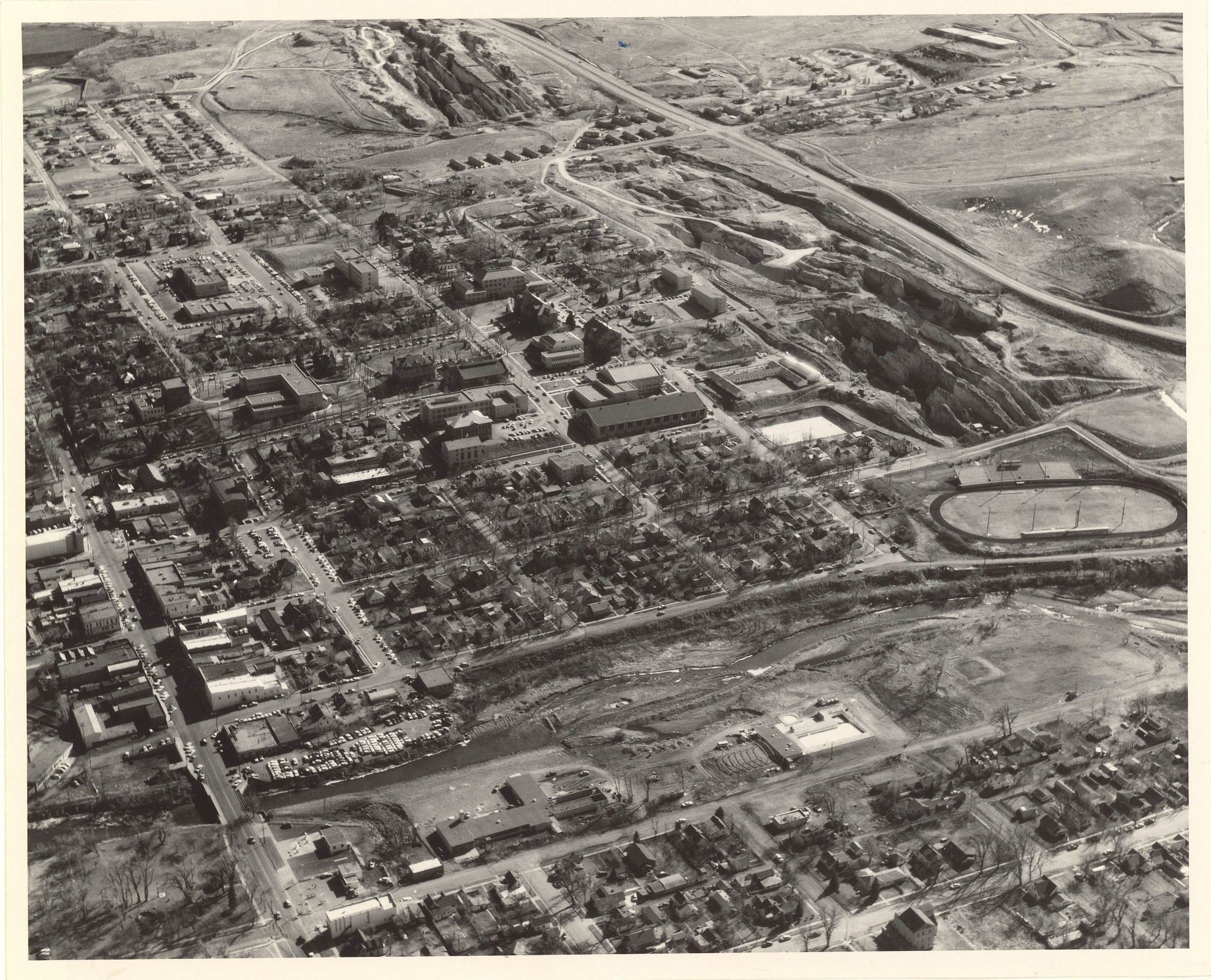