The Ropeway Glass Plate Image Collection consists of 87 photographs on glass lantern slides. These images depict scenes of both passenger ropeways and materials ropeways in various uses in the late 1800s to early 1900s. The photographs may be associated with the New Haven Wire Rope Company 1890-1920.

How to Discover Materials in This Collection

From the Collection: Saline Valley Tram 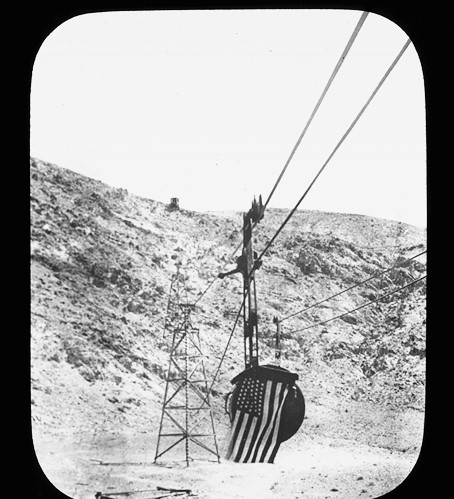 Inyo Mountains and deliver the salt to railroad lines in the Owens Valley. A Bleichert system, constructed by Trenton Iron Works, was chosen and the arduous construction process began in September of 1911. The isolated and rough terrain of the tramway, in addition to the harsh environment of Death Valley and technical challenges of the massive tram combined to create a uniquely difficult construction process. 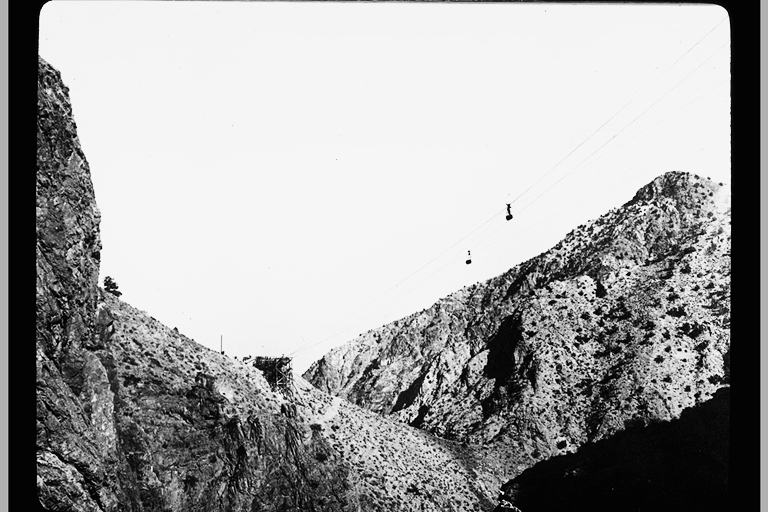 From the Collection: Wartime Ropeway 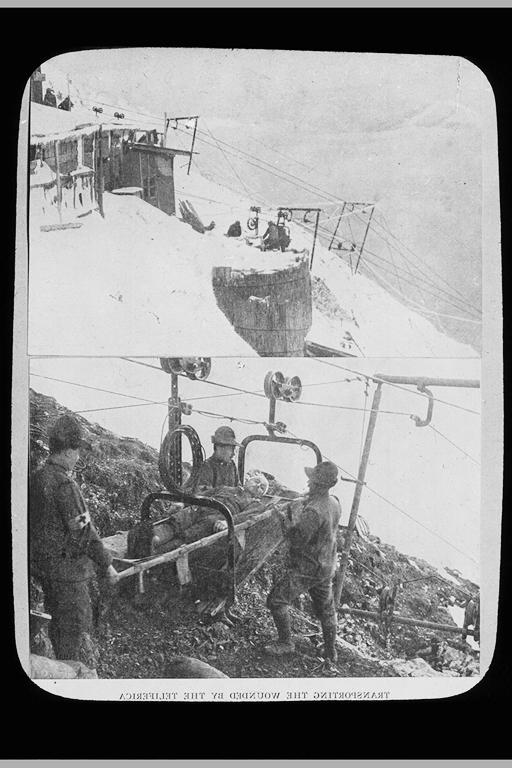 Image R0264, titled “Transporting the wounded using cableway,” details an Italian bicable ropeways system with an injured soldier being loaded. Although ropeways played a key role in the mountainous battles of World War II, it is lesser known that they also played a major role on the Italian Front of World War I.

An estimated 2,000 ropeways carried the wounded down and supplies up to the frontlines in the craggy Dolomites from fortifications below, as the Italians attempted to expand their territory into the region of the Austro-Hungarian Empire. Billy Beaseley (Class of 2021), 2019.