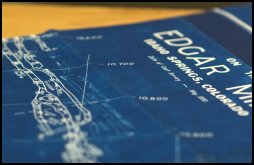 The Edgar Mine, also known as the CSM Experimental Mine, is located in Idaho Springs, Clear Creek County, Colorado. The mine, known originally as the Edgar, was an active producer of silver and gold along with some lead and copper in the 1870s. The Mine passed through a number of hands before being purchased by the Big Five Mining Company.

Big Five leased the Mine to the Colorado School of Mines for training purposes in 1921. The School Eventually acquired the property and surrounding properties for use as an underground classroom for engineering education and as a research facility. The Mine has also been used to train outside groups in mine rescue techniques and disaster preparedness.The Edgar's workings include the Miami Tunnel, Edgar shaft (which follows the original Edgar vein), and the Big Five Tunnel. The Edgar and associated properties have been included in the Idaho (Idaho Springs) and Spanish Bar mining districts.

About the Edgar Mine Collections

The Edgar Mine (CSM Experimental Mine) Collections consist of materials on the history and development of the Mine and its educational role at the School of Mines. 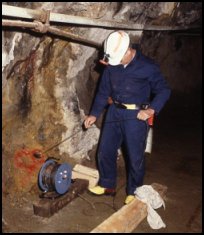 Finding Materials on the Edgar Mine