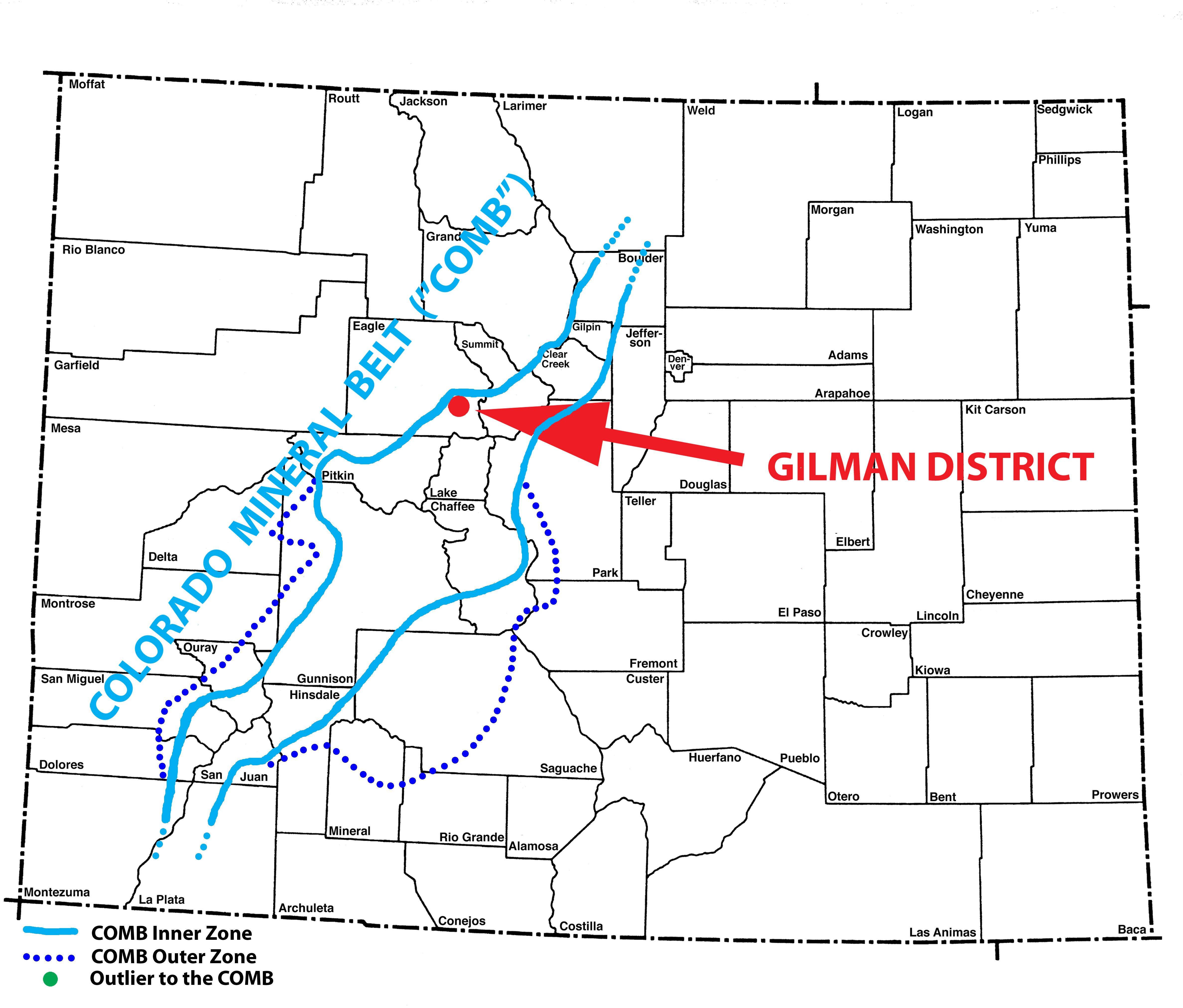 Located in the Gore Range, the Gilman Mining District was mined for gold, silver, lead and zinc beginning in the second half of the nineteenth century and includes the Eagle Mine and the town of Gilman, Colorado.  It is located in Eagle County, in the Inner Zone of the Colorado Mineral Belt (COMB).

Examples of Specimens in this Collection 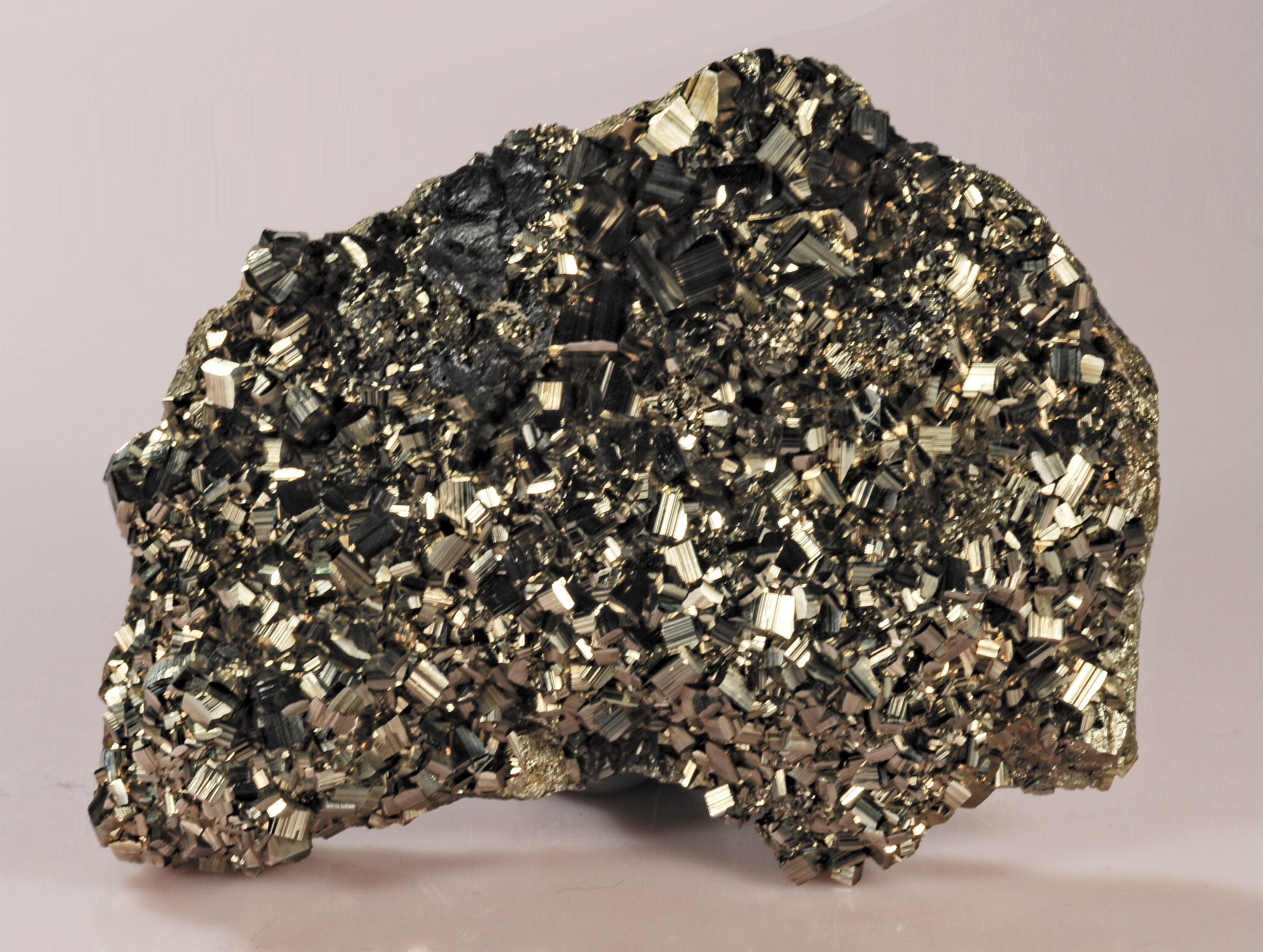 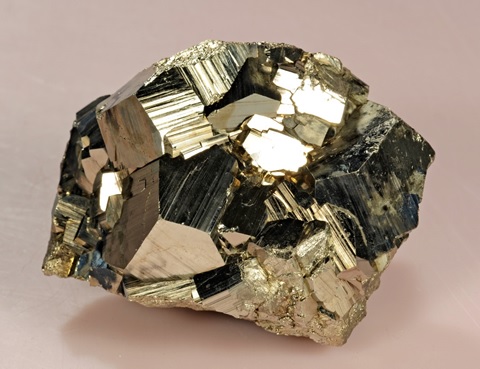 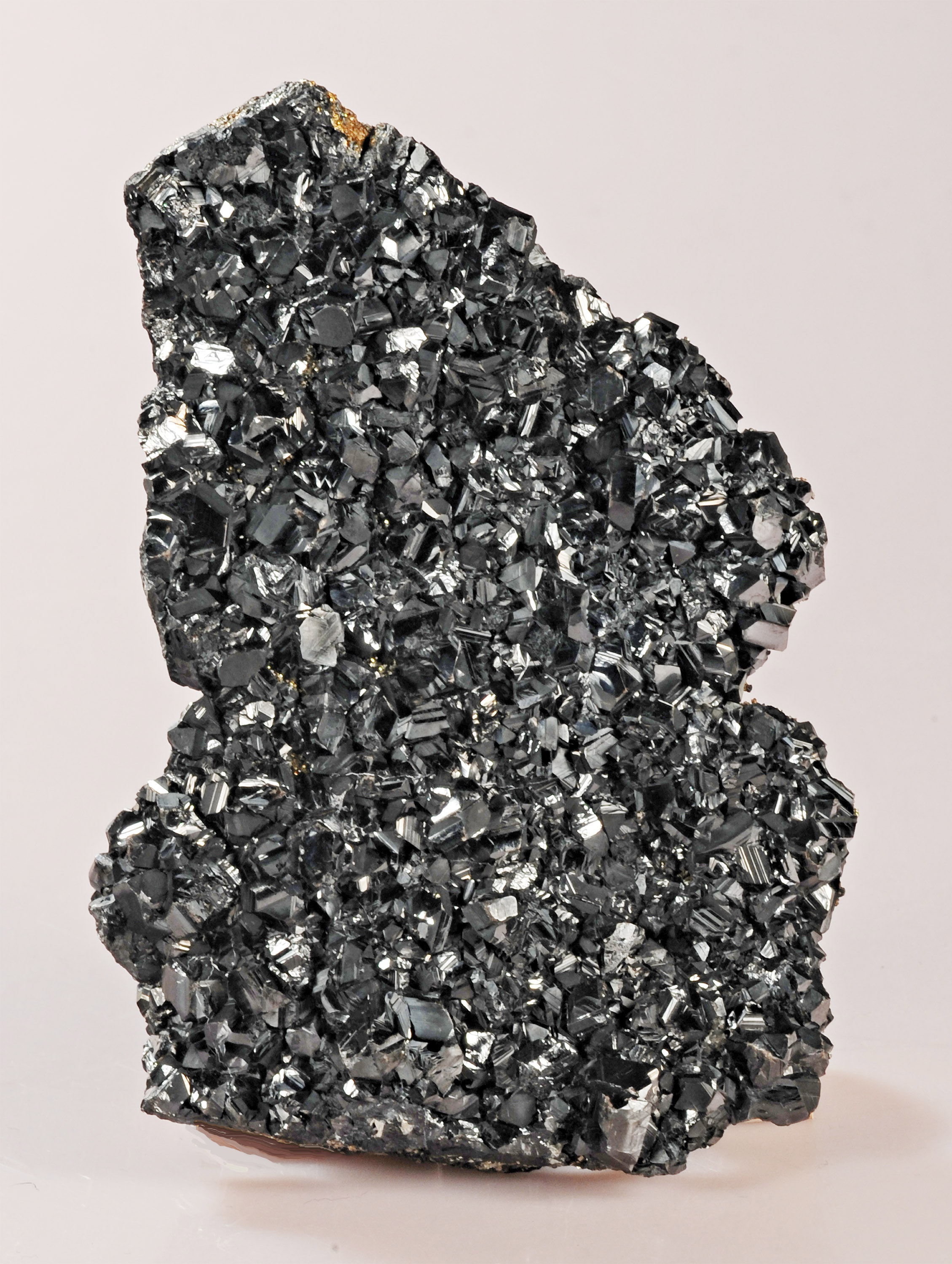 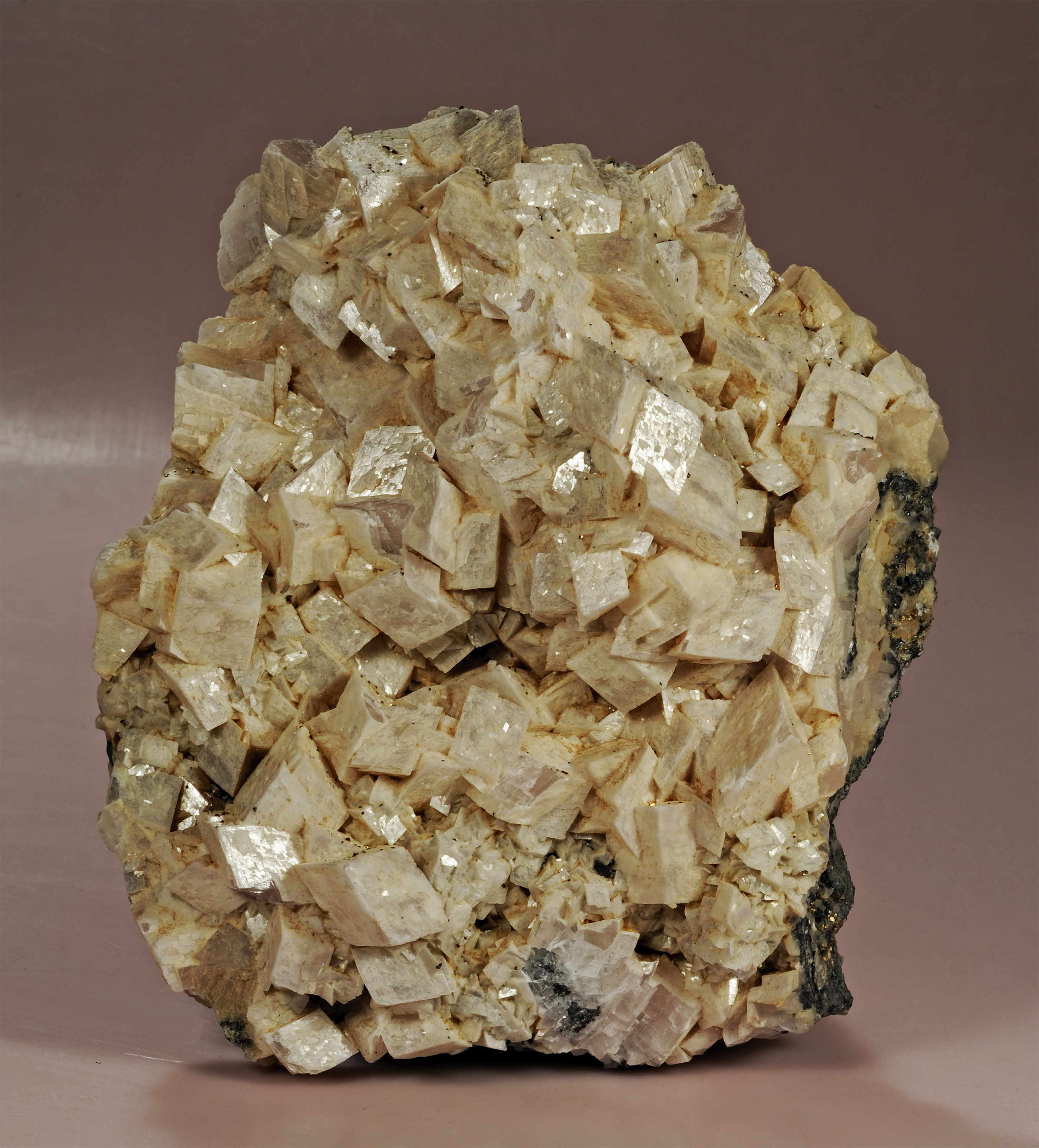 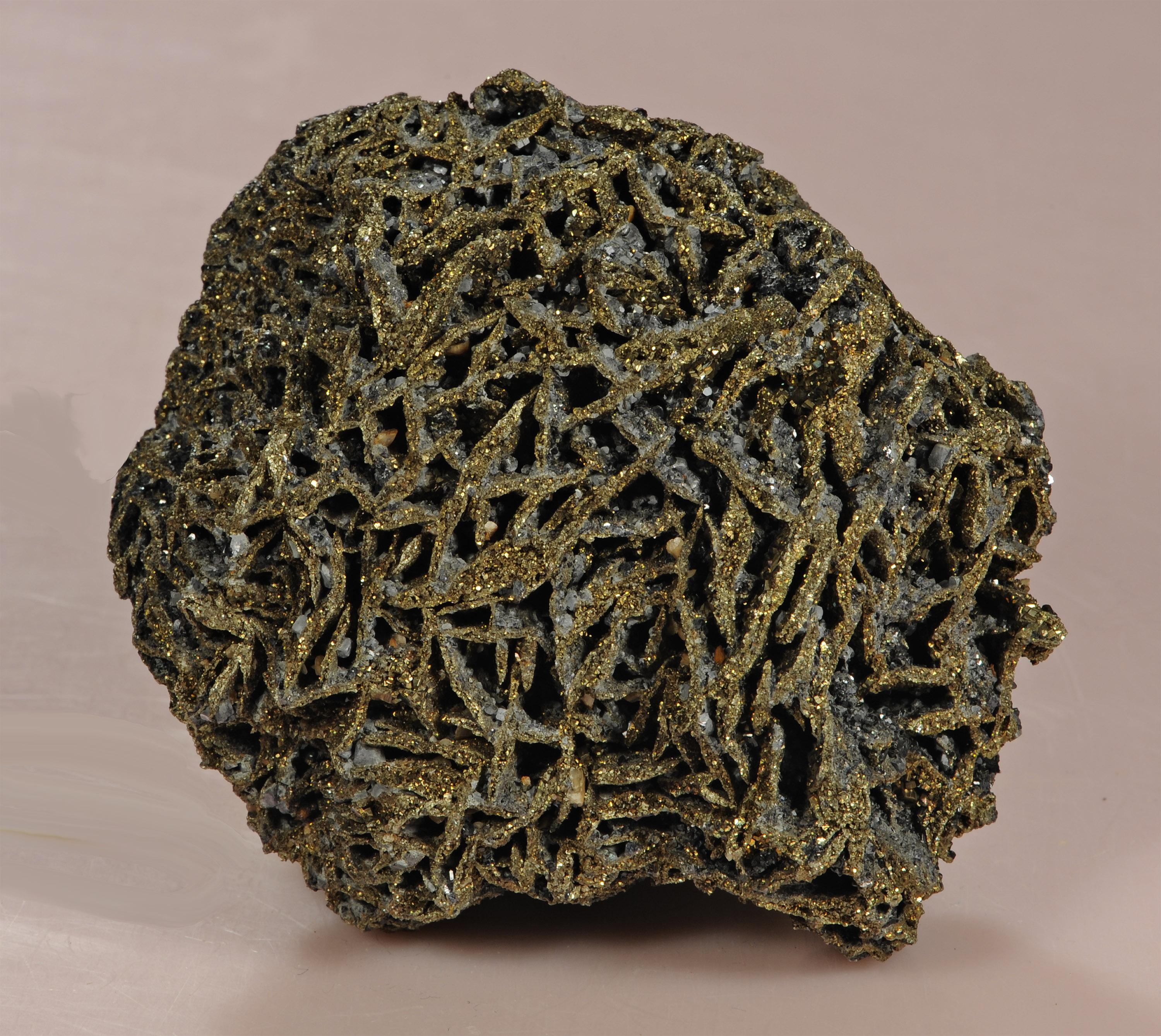 Pyrite pseudomorphs after marcasite with minor sphalerite and galena overgrowths

Cluster of intergrown (former) marcasite crystals that have been replaced by pyrite. Some surfaces have minor overgrowths of galena and sphalerite. This mineral specimen is from the Eagle mine, Gilman mining district, Eagle County, Colorado. Raines, Ed. Colorado School of Mines Geology Museum.

According to an unidentified, secondary source, in 1874 James Denney (Denning??) discovered iron-stained gossans at a contact of the Leadville limestone with a porphyry sill along the cliffs above the Eagle River. Because this occurrence was similar to those which had led to the fabulous discoveries at Leadville, a group of Leadville would-be-entrepreneurs grubstaked two veteran prospectors to explore the Eagle River cliffs. In 1878, Kelly and Patton staked the Little Ollie claim on Battle Mountain. Other important claims, dating from the early days include the Ground Hog, Pine Martin, Little Chief, Iron Mask, Belden, Black Iron, Rocky Point, Champion, Percy Chester, Bleak House, and Ben Butler. (Lovering, Tweto, and Lovering, 1978)

Throughout the rest of the nineteenth century, gold and silver were recovered from near-surface, oxidized ores in the area now known as the Gilman District. These ores had mostly played out by the end of the century and the deeper rocks were found to mainly consist of pyrite and the zinc mineral, sphalerite. In 1912, the New Jersey Zinc Company became an active player in the district, and consolidated the Little Chief, Iron Mask, Belden, Black Iron, Bleak House, and Rocky Point Mines into the Eagle Mine. (Radabaugh, Merchant, and Brown, 1968)

Sphalerite is a zinc sulfide mineral that is the most important source of zinc in the modern world. Zinc is not a glamorous metal, but it is a metal of great industrial importance. It is an essential ingredient in the metal alloy brass with which we are all familiar. Zinc is also used in the galvanization process to coat steel roofs, siding, fences, nails etc. to prevent rusting, and is essential in the modern die casting industry also depends on zinc. (Street and Alexander, 1964)

Mining at the Eagle Mine and  its precursors began in the 1880s, initially for gold and silver but was predominately zinc during later stages of its operation. The mine closed in 1984 and became an Environmental Protection Agency (EPA) Superfund site.

Map of the Eagle Mine, Gilman District 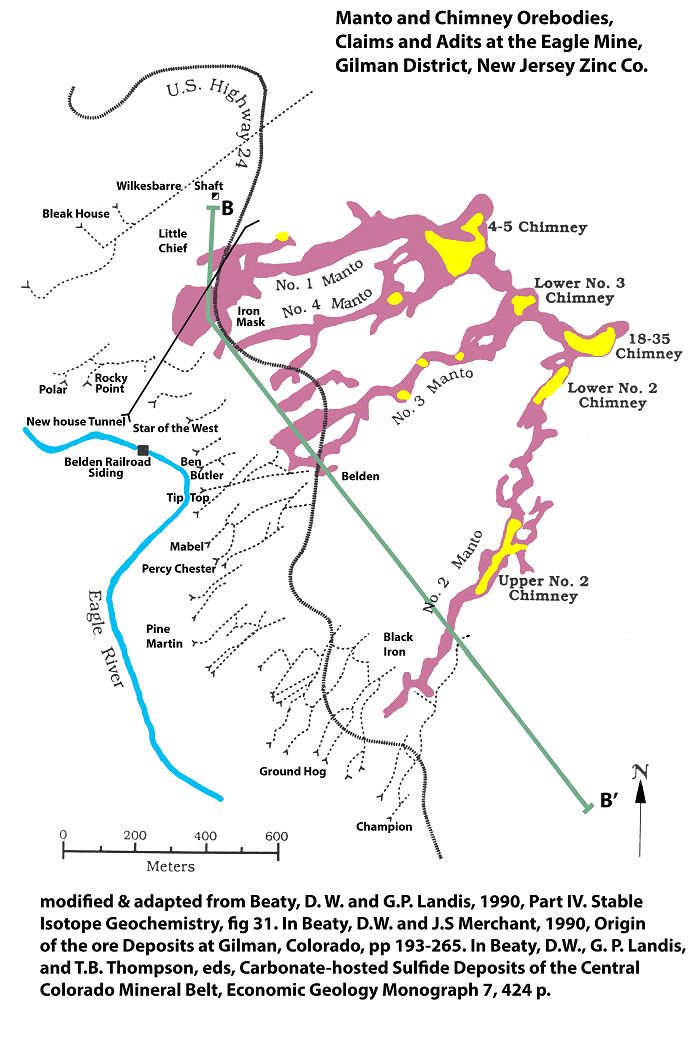