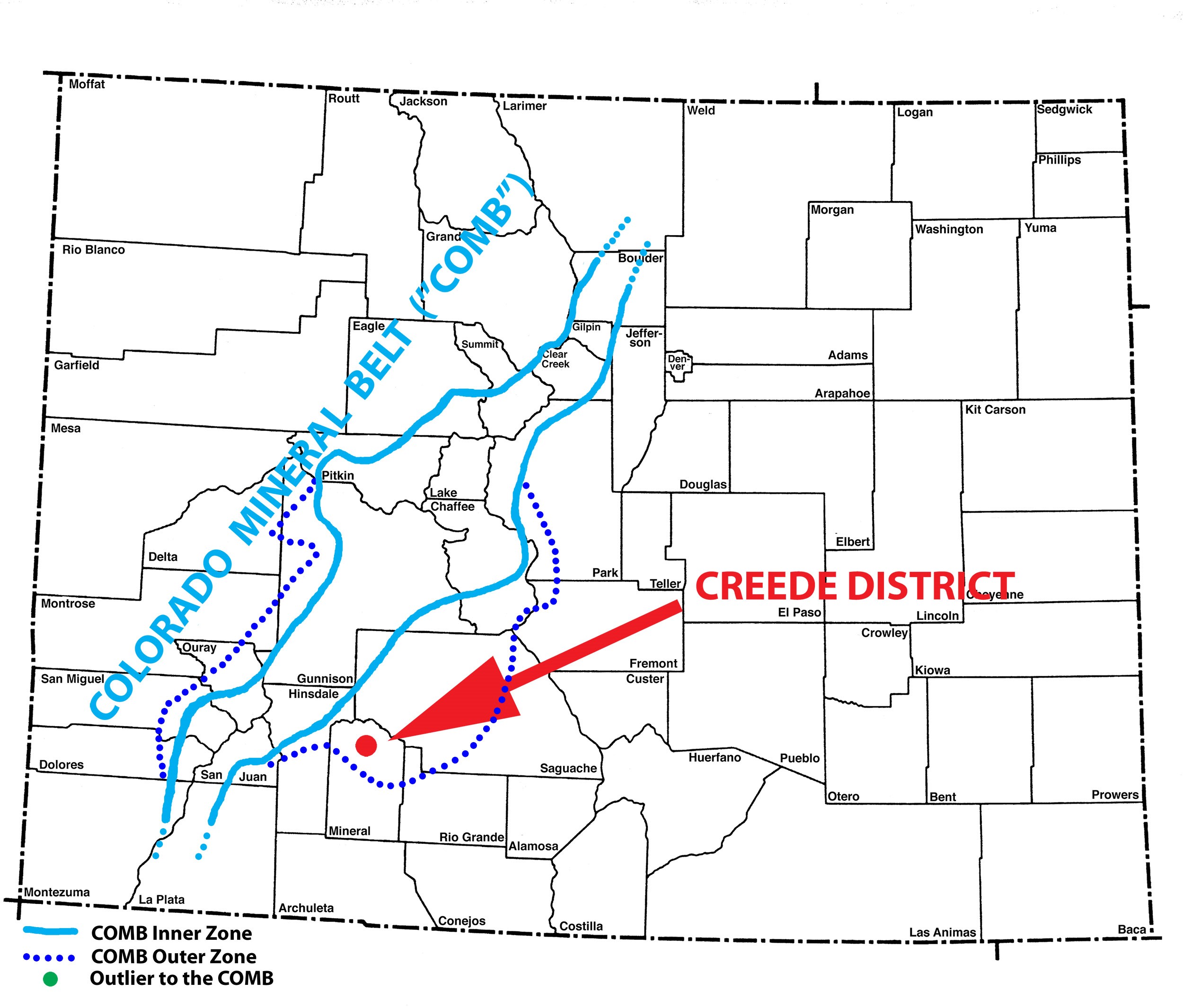 Located in the San Juan Mountains, the Creede District in Mineral County is in the Outer Zone of the Colorado Mineral Belt (COMB). Discovered in 1899, it is the last of the state's great silver bonanzas.

Examples of Specimens in this Collection 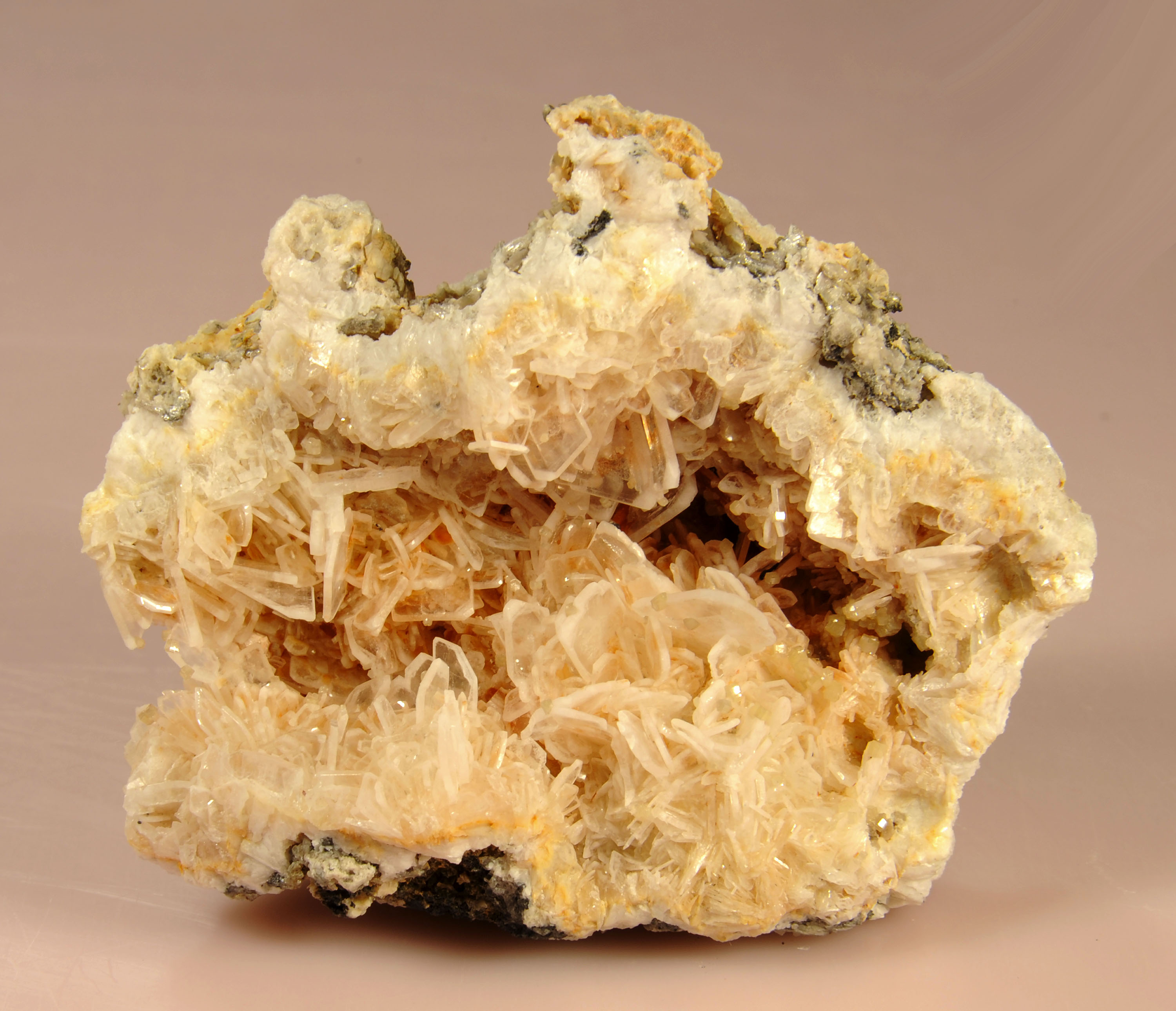 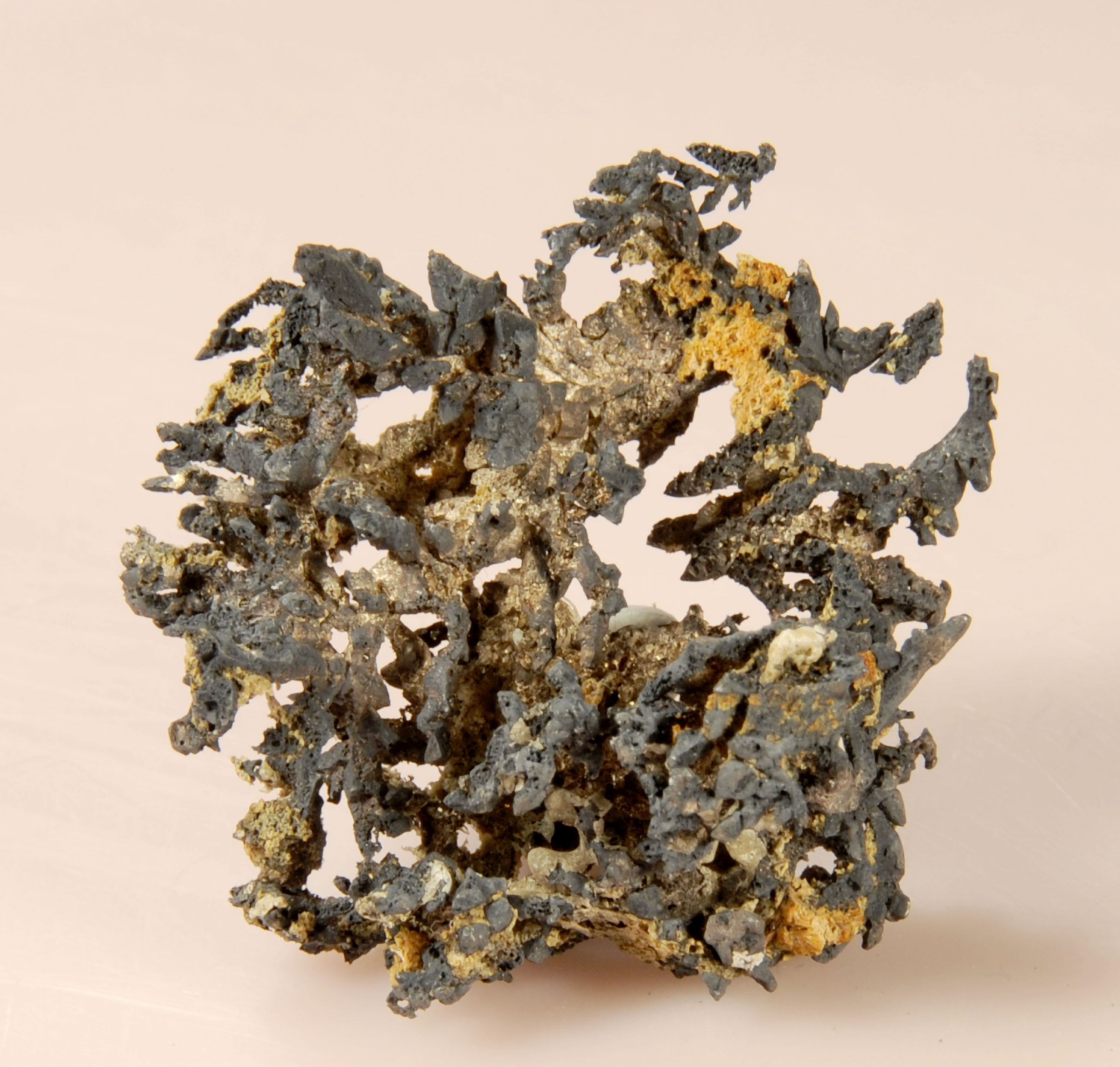 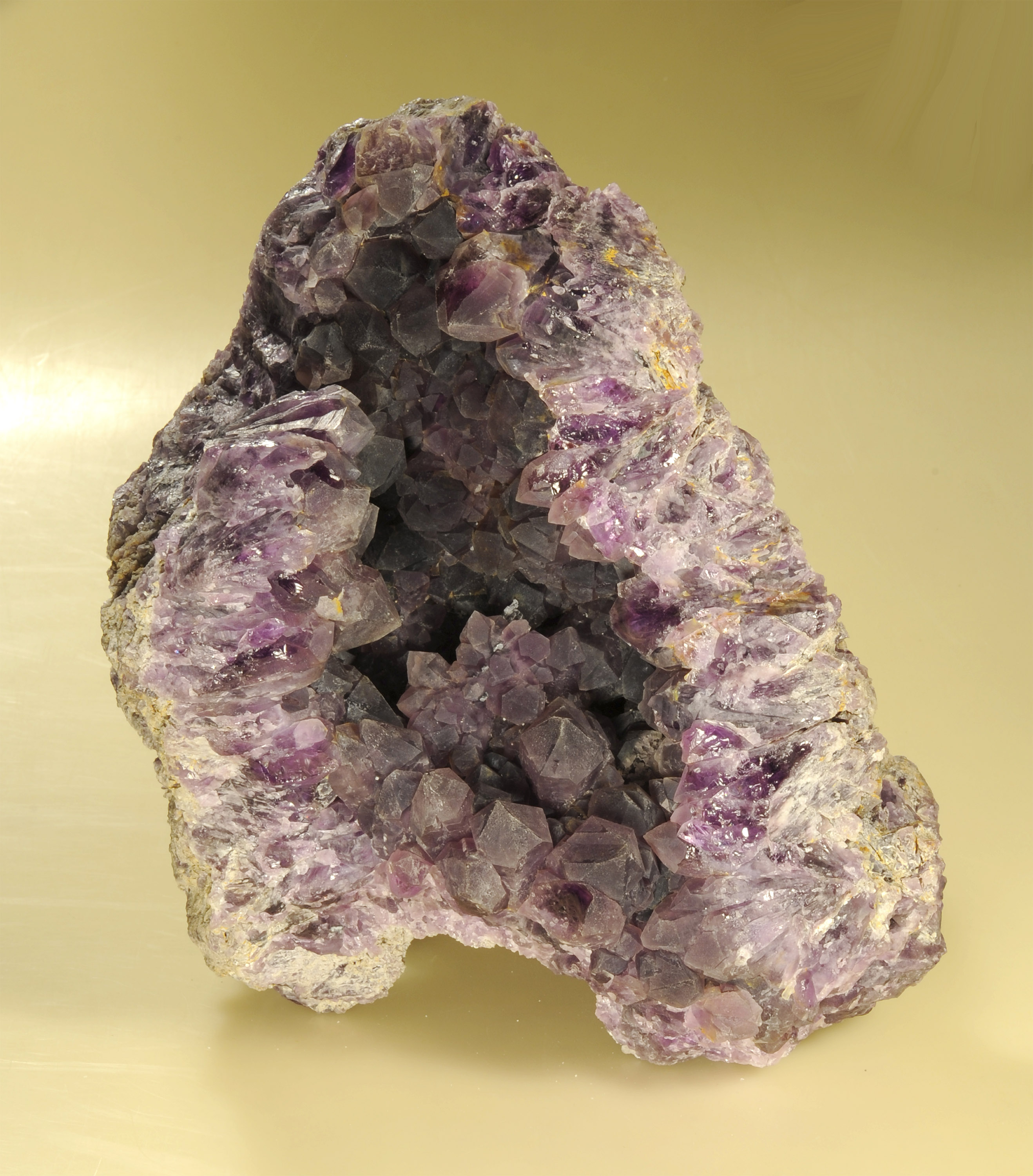 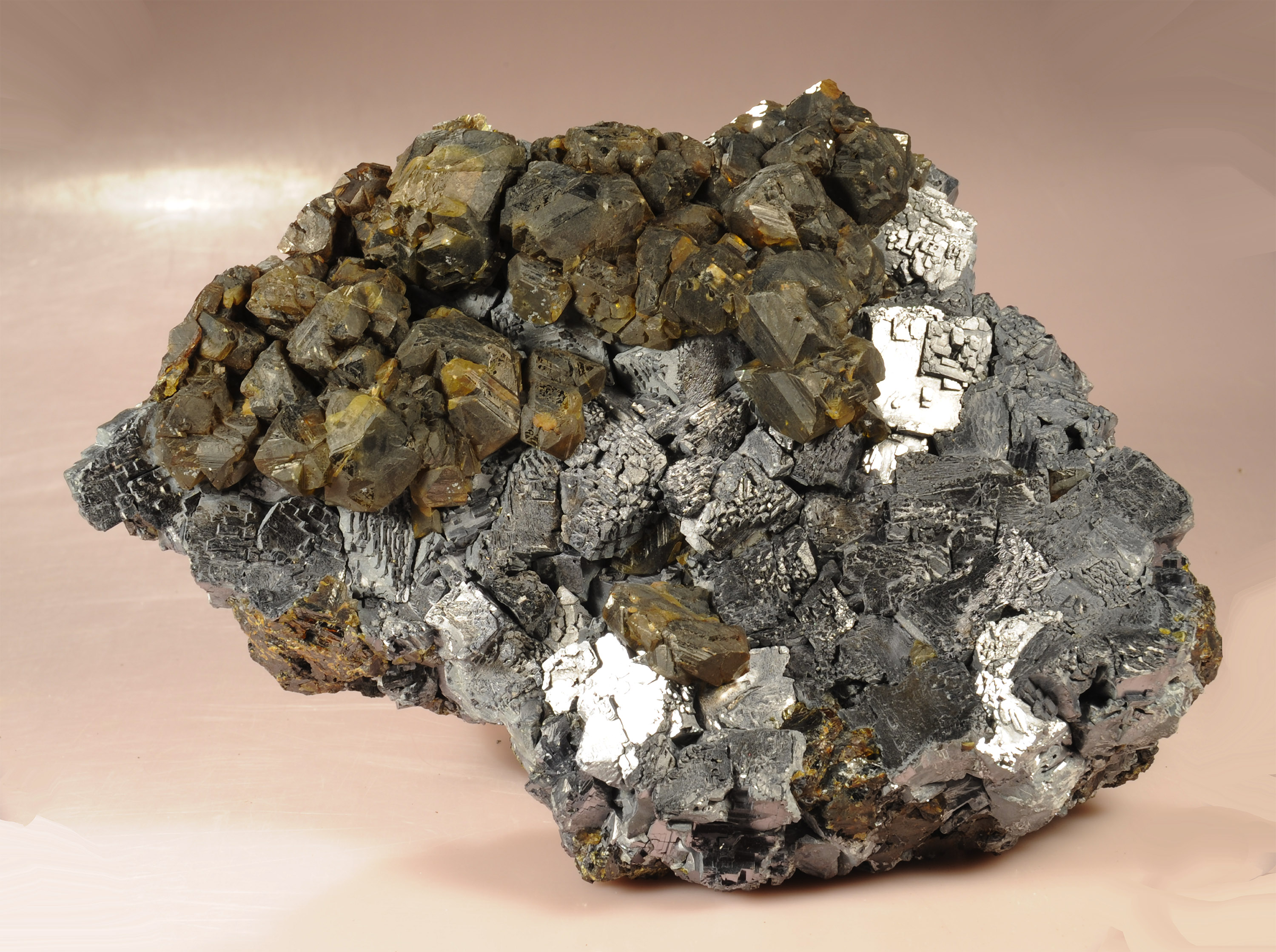 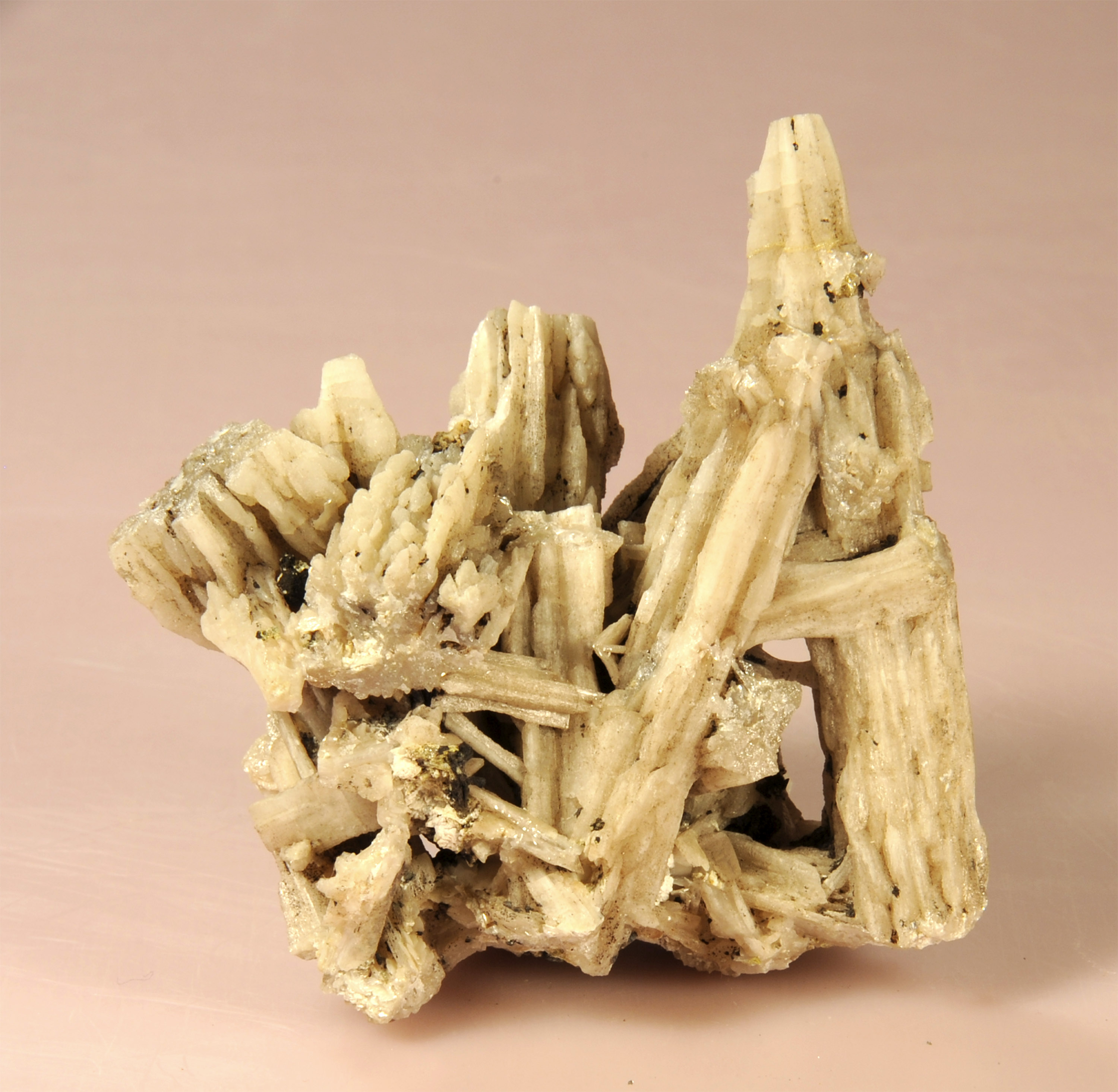 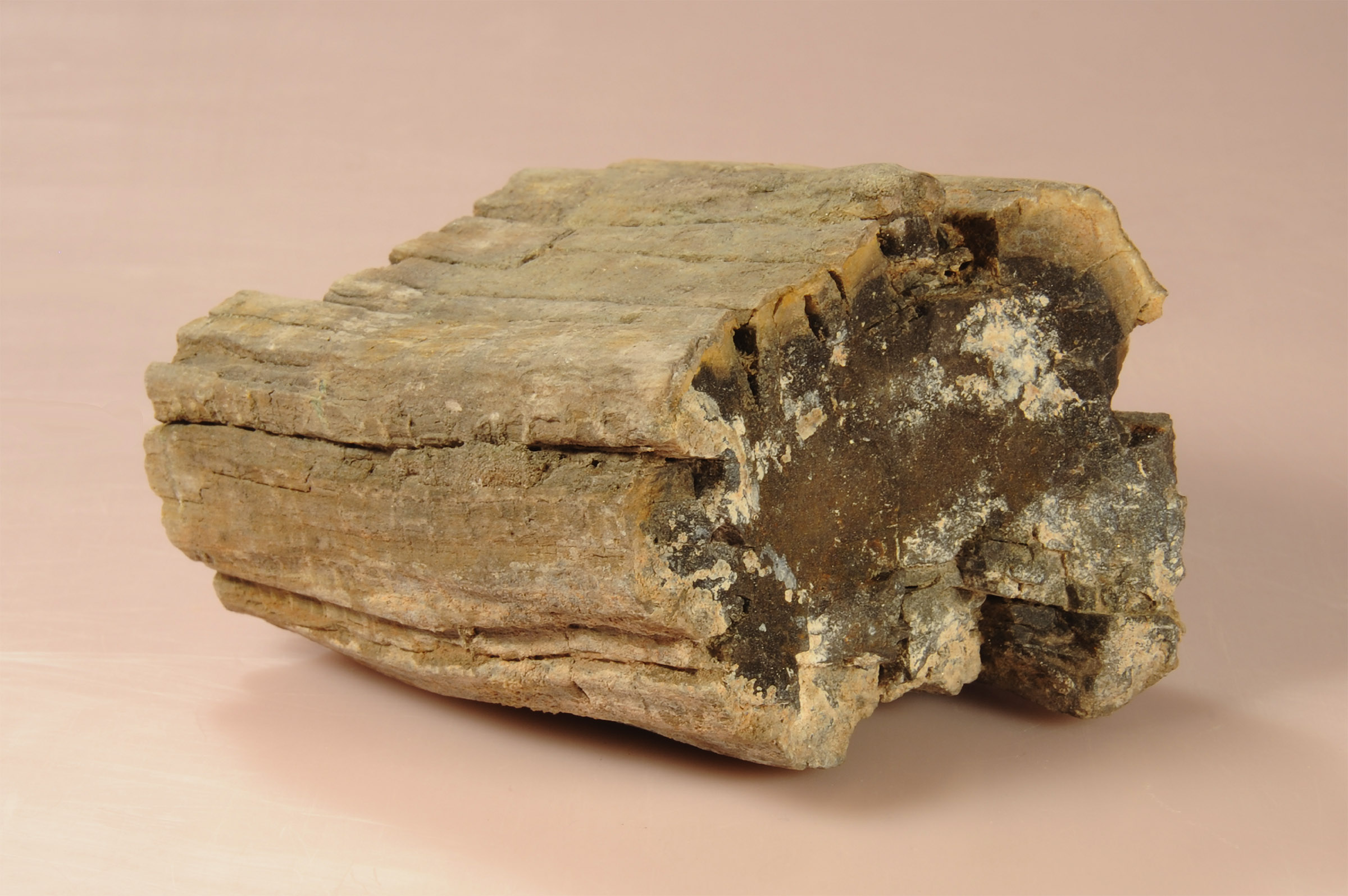 The Beginning of Creede

Following several relatively insignificant discoveries in the area, Nicholas C. Creede (real name‑William Harvey) located the Holy Moses Mine on East Willow Creek in 1889. Prominent Denver banker, mining-magnate, and railroad-man David Moffat financed successful exploration efforts that resulted in several productive claims being staked, and personally financed a spur rail line into Creede. This assured a steady stream of prospectors, entrepreneurs, business men and women, along with a wide assortment of the ner-do-wells that joined each new mining boom town. And Creede BOOMED. Loudly. The stories of the boom are among the state’s most colorful.

The Creede District's mineral deposits are tied directly to the geology of the San Juan Mountains. The precious metal bearing veins are located along a major fault system formed during the collapse of a volcano in what must have been a spectacular fireworks show and just one of a series of massive volcanic eruptions nested in the huge LaGarita Volcanic Caldera, one of the largest such features known.

Map of the Creede District 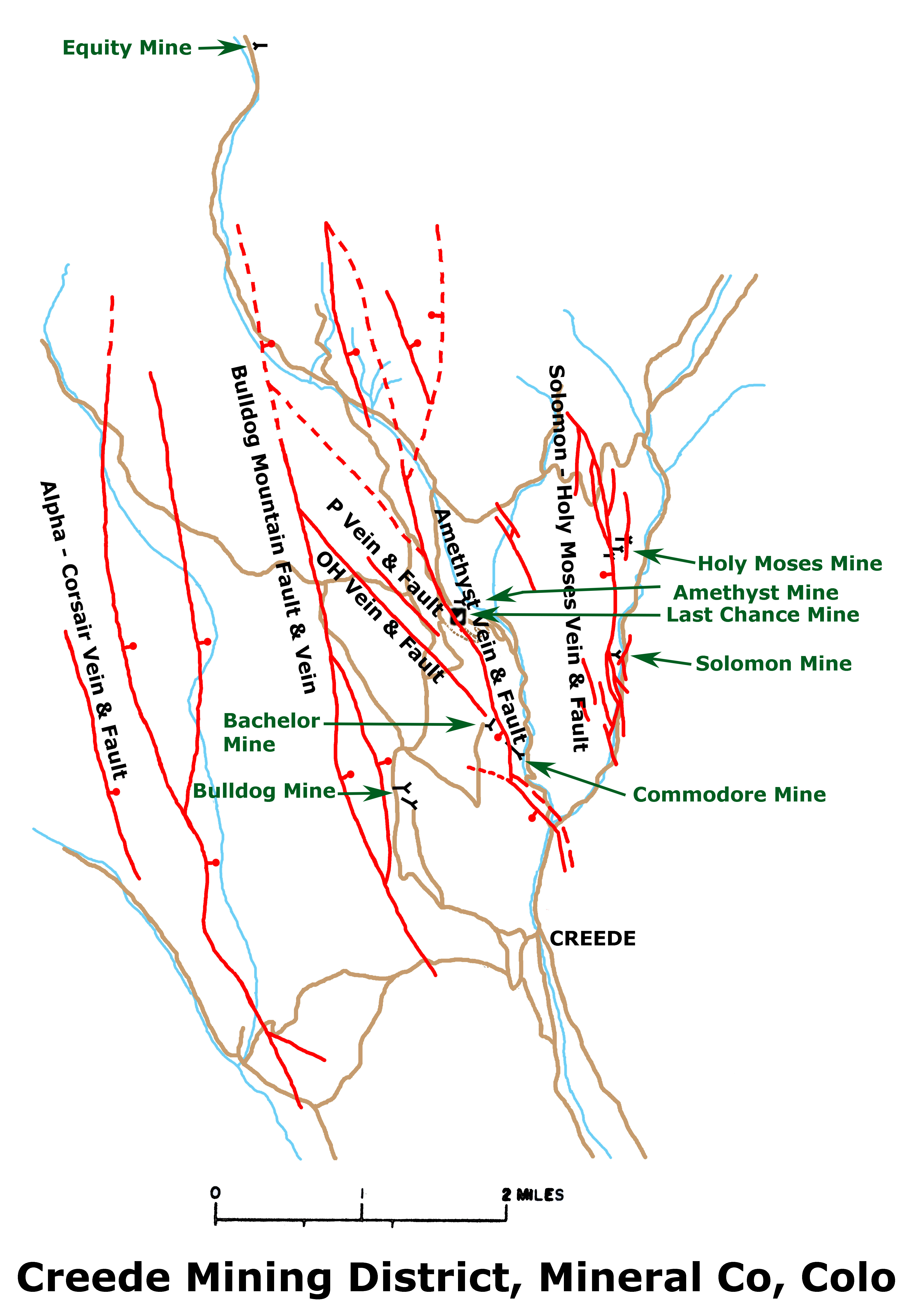